On July 1st  2017, the third summer edition of OTWARTA ZĄBKOWSKA – Open Ząbkowska festival has started. During July and August there was a green, blooming garden open to all who had come to visit this place. The Greenery Oasis was sponsored by the Embassy of the Kingdom of the Netherlands and the Agency of Promotion of Green. SIGMA was responsible for the whole organization and media communication. 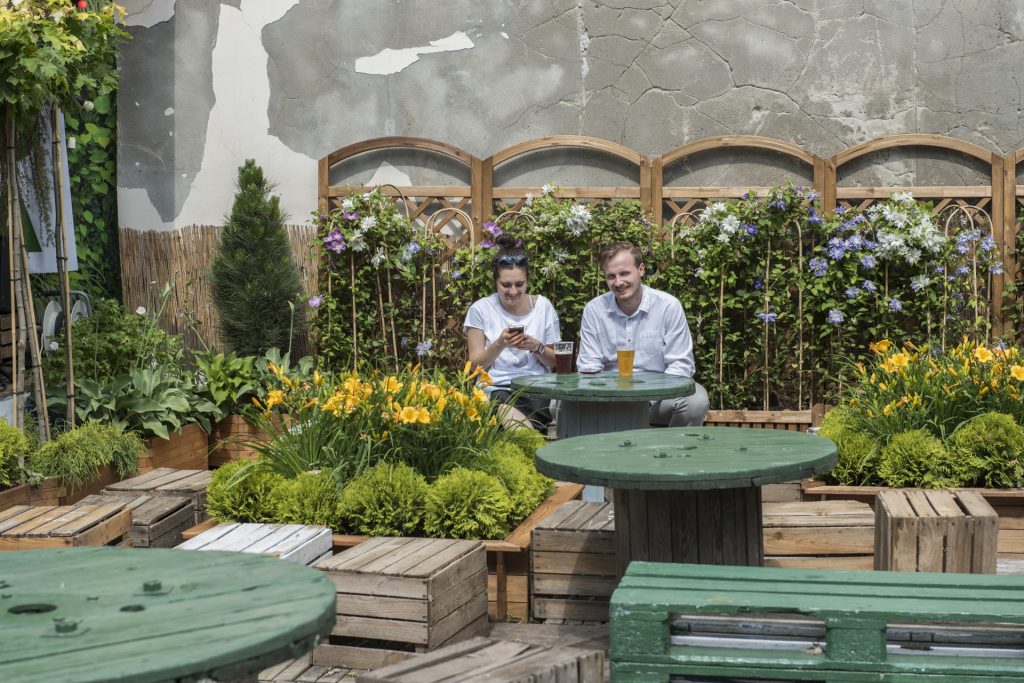 Previous editions of the festival and many conversations with people living there indicated, that there is lack of green places in this vicinity, where people could enjoy presence of flowers and plants. The Embassy of the Kingdom of the Netherlands decided to fulfil this need and create a green garden at the place called Ząbkowska Garden. Here one could listen to chamber concerts and take part in different artistic and cultural events and relax surrounded by greenery. The place was open to everybody who had wanted to listen to the festival concerts or just sit down and relax.

During August weekends, for those interested in plants and flowers, there were floristic and gardening workshops organized by the Embassy of the Kingdom of the Netherlands and the Agency of Promotion of Green. On 5th and 20th of August there were floristic workshops for those willing to try to create a hand tied bouquet or a vase composition.  On 6th and 19th of August, during workshops: „Pocket gardens for everyone” people would find out more about garden planting.