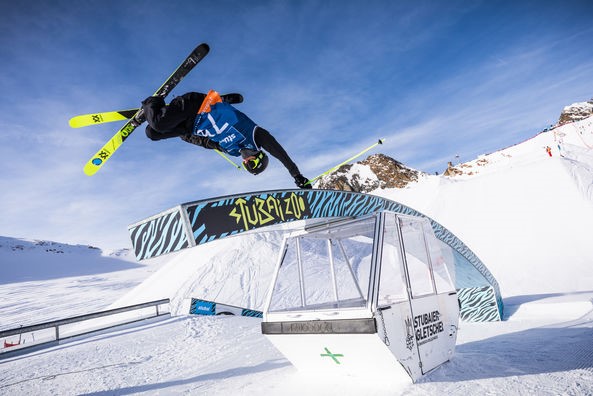 The first ever FIS Freeski World Cup at Stubai Glacier, Tirol, Austria, was a great success! The male and female freeskiers showed top-notch performances at the perfectly prepared snowpark DC Stubai Zoo. Oystein Braaten (NOR) and Jennie-Lee Burmansson (SWE) took the win in the finals today. Evan McEachran (CAN) and Colby Stevenson (USA) followed on ranks two and three at the men’s; Katie Summerhayes (GBR) and Caroline Claire (USA) took the podium places at the women’s.

After sunshine at the men’s qualifications on Friday and difficult weather conditions at the women’s qualifications on Saturday, the weather during the finals was fine with light clouds and scattered sunshine. The perfectly prepared kickers and rails of Snowpark DC Stubai Zoo gave the skiers the opportunity to show their most stunning tricks. 79 male and 27 female athletes had taken part in the qualifications, the 16 best men and 8 best women advanced to the finals. Each of them had two runs with the better one counting. The contest was the penultimate opportunity in Europe to collect FIS World Cup points to qualify for the 2018 Winter Olympics in South Korea. 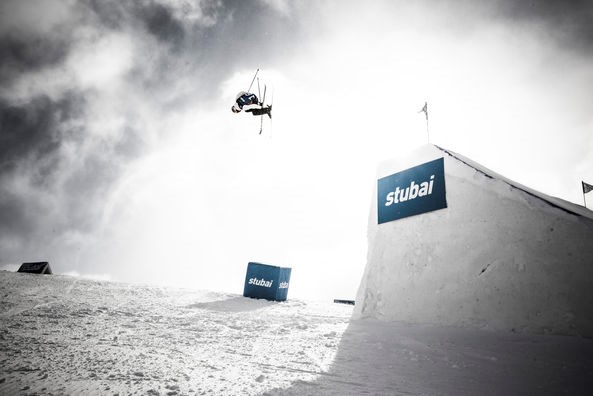 Men: First place for Oystein Braaten!
He won the X Games twice this year, and it’s his second ever victory in the Slopestyle World Cup: Scandinavian style master Oystein Braaten (NOR) got 90 points in his second run after 88 in the first and took the win ahead of Evan McEachran (CAN) with 86.20 points and Colby Stevenson (USA) with 81.80 points. Henrik Harlaut (SWE) came in fourth while Noah Wallace (USA) got fifth. In the overall Slopestyle ranking, Oystein Braaten (NOR) took over the lead ahead of James Woods (GBR), who didn’t take part in the Stubai contest, and Evan McEachran (CAN). “I feel really good, because there were so many good runs going down. I’m glad I landed both runs today. It was a super sick contest and super fun,” Oystein Braaten, who had shown tricks such as Switch Rightside Double Cork 1080 Reverse Japan and Switch Leftside Double Rodeo 900 Double Japan, said at the prize-giving. 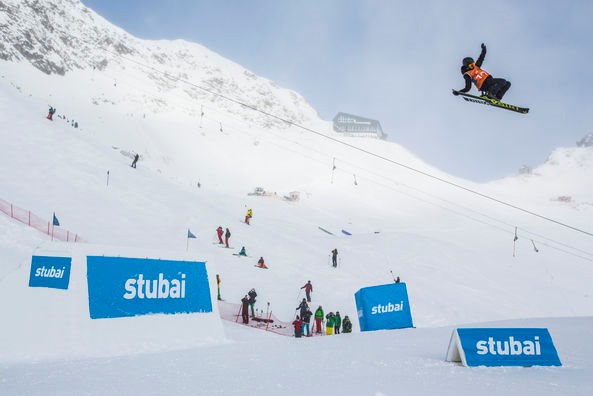 Jennie Lee Burmansson was the best lady at the FIS Freeski Worldcup on the Stubai Glacier. ©Flo Breitenberger

Women: Victory for Sweden
Jennie-Lee Burmansson (SWE) won a Slopestyle World Cup competition for the very first time. The Swede, who had been third at the season kick-off at Cardrona (NZL), collected 80 points in her first run with Left Cork 720, Right 540 and Switch 540. “They did a really good job with the course! I’m stoked with my win,” she said. Second place went to Katie Summerhayes (GBR), who had collected 77 points in her second run. Caroline Claire (USA) took third with 75.20 points. Giulia Tanno (SUI) secured fourth place while Johanne Killi (NOR), who had won the qualification with 90.40 points, had to be content with fifth rank.
Jennie-Lee Burmansson (SWE) took over the lead in the overall Slopestyle ranking. Giulia Tanno (SUI) is now on second and Katie Summerhayes (GBR) on third place.
The freeskiers still have three opportunities to qualify for the Olympics, at Font Romeu (FRA) from December 21 to 23 as well as in Aspen Snowmass (USA) and Mammoth (USA) in January 2018.

The World cup line at Snowpark DC Stubai Zoo will be open for everyone after the World Cup until December 10, 2017.